A brief history of Travertine

Travertine is one of the most striking and sophisticated stones in the world. You’ve probably encountered it countless times: in bathrooms of posh hotels, the floors of elegant kitchens and at some of the world’s most famous monuments – but how is it formed? 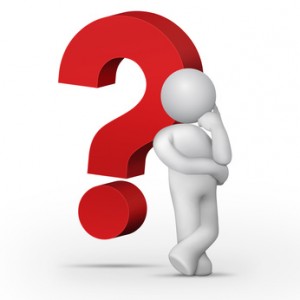 Travertine is a sedimentary limestone that’s formed when hot spring water seeps through carbonate minerals. The water permeates the porous stone, and changes in temperature, releasing carbon dioxide from the water into the air, opening up mineral pockets.

These mineral pockets capture moss and algae, and as re-crystallization occurs, the stone is distorted and coloured, giving Travertine it’s beautiful, distinctive markings.

The Colosseum in Rome was constructed using Travertine.

The Romans were certainly big fans of using beautiful stone to construct the many monuments found all over Italy, and Travertine often featured as a construction material.

Perhaps the most iconic symbol of the Roman empire – the Colosseum – was constructed using Travertine. Finished in A.D. 80, the Flavian Amphitheater (the name given to the colosseum in this period) was home to a long era of gladiatorial fighting and games, entertaining crowds for centuries before falling into disrepair.

The Travertine used to create parts of the Colosseum was quarried from Tibur, a town just 20km from Rome. Travertine was used to construct the main pillars, the ground floor and external walls of the Colosseum, along with several other stones including tuff for the pillars and radial walls and concrete for the vaults.

The Colosseum in Rome is perhaps the most famous Travertine structure in existence, but it’s not the only noteworthy use of the stone from the Roman empire.

Found in the foreground of the famous leaning tower, the Baptistery is another world famous Italian monument that was constructed using iconic Travertine.

Travertine was used along with marble in the creation of the Baptistery of St. John, which was finished in 1363 and designed by the illusive architect Diotisalvi.

From the Colosseum to your bathroom tiles

Travertine has carried its prestige throughout the ages, remaining one of the most popular and sought after natural materials for bathroom tiles, kitchen tiles and beyond.

Over the years, Travertine has evolved from its origins as a robust, beautiful building material to be used in the creation of affordable, but sophisticated, tiles. Travertine tiles have a distinctive appearance that is unlike many other types of stone, as the way the stone is formed creates completely unique patterns and colours.

The popularity of Travertine isn’t just due to its appearance. The affordable price and the ease in which Travertine can be laid and maintained – especially when compared to porcelain and marble tiles – is also a great reason to use this highly versatile material. 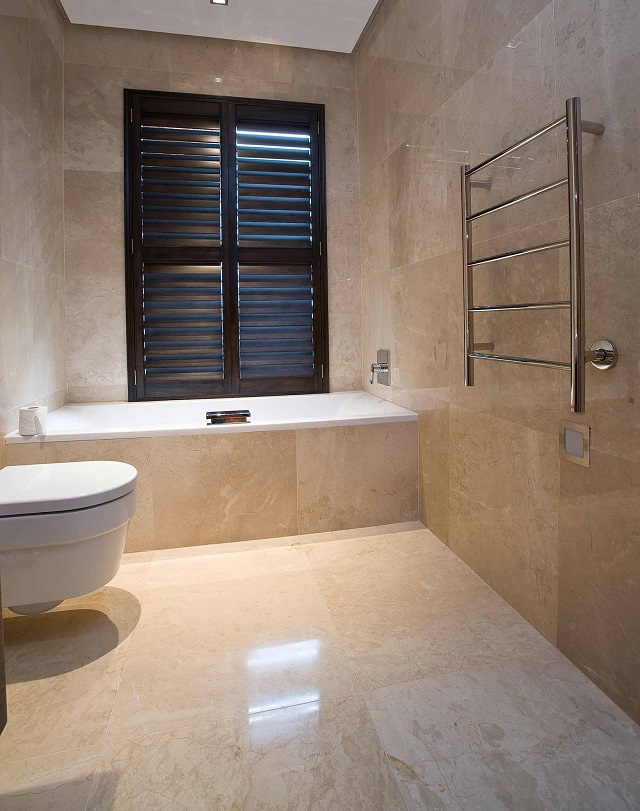 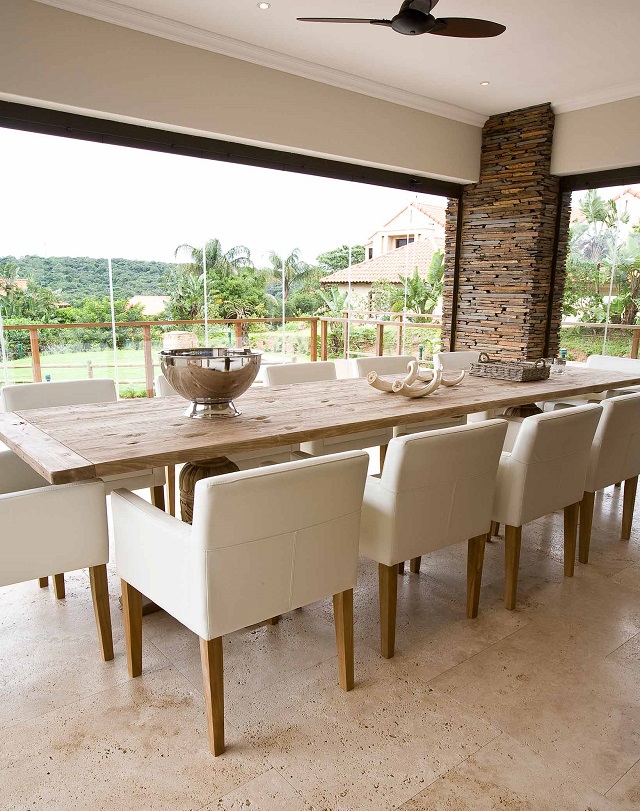 Ivory Unfilled, Tumbled and Brushed Travertine Pavers have been used for this modern outdoor entertaining area.